The final countdown was descending rapidly to the last push to… 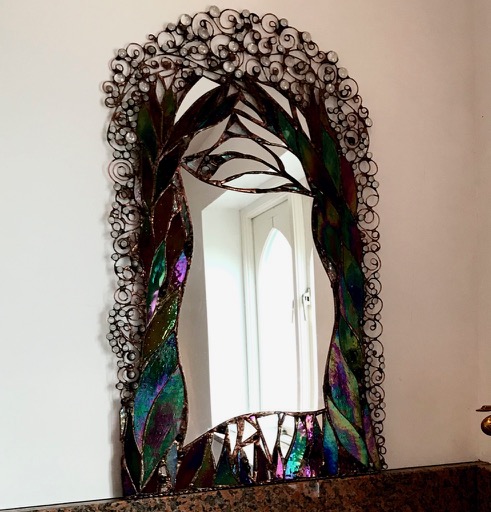 The final countdown was descending rapidly to the last push to vacate. There was of course a drama. The vehicle being used to tow the horsebox back & forth succumbed to the intense heat & the burdens it carried. The engine boiled dry.

We succumbed to layers of concern. We were worried about the driver who had been on the road since three in the afternoon. A rescue vehicle was not due until 7am the next morning. Waiting overnight was not an option but we were faced with a complicated dilemma of how to keep the vehicle, horsebox & its contents safe.

Ironically, the load that was being carried was all of my glass work. Several thousands of pounds worth of hand blown art glass, numerous tools & materials. Several finished pieces & works in progress were carefully wrapped for their journey. They had taken me many, many hours to craft. This represented 36 years of my life.

The vehicle had to be abandoned.

Talk about being a test. I could feel the sense of loss choke me as emotions made me realise that this was far more important than I had realised. Despite not doing much glass work in recent years, it mattered. There would be no insurance to cover it. If it was lost, there would be no getting it back. It was in the lap of the Gods.

I had to let go. There was absolutely nothing any of us could do. If it got stolen, then it was a sign from the Universe that it was no longer my art. It would clearly be a time for redirection.

The sense of release as I breathed out my attachment freed me from worry. As I carried on packing I kept repeating the mantra - let go & trust, let go & trust. All is well in my world. The right outcome will unfold as it needs to.

At midnight, I got a message to say that our driver had returned exhausted but safe with the car, horsebox & all of its contents.

My glass was safe too. Perhaps it is now time to be bold and go big. My art is not yet ready to let me go.